What should the notice period be in order to terminate employment if none is specified?

Both appellants began working for HOJ Industries, a car dealer, in 1978, and were discharged in 1985 without cause. At the time they were dismissed Machtinger was credit manager and rust‑proofing sales manager and Lefebvre was sales manager. Each had entered into a contract for employment for an indefinite period which contained a clause allowing the respondent to terminate his employment without cause, in Machtinger's case without notice and in Lefebvre's case on two weeks' notice. Under the provincial Employment Standards Act the appellants were entitled to a minimum notice period of four weeks. After they were dismissed, the respondent paid each of them the equivalent of four weeks' salary. The appellants brought action for wrongful dismissal and the trial judge found that they were entitled to reasonable notice of termination, and that the period of reasonable notice for Machtinger was 7 months and for Lefebvre, 7½ months, however this was overturned by the Court of Appeal.

and identifies #2 as the type the courts will read into a contract. Implication of law can be from custom, for business efficiency (what is necessary in a contract), or what is reasonable (from Denning's dissent in Liverpool City Council v Irwin).

She finds that the Court of Appeal erred in characterizing a term implied in law as a term implied in fact, which brought in the intentionality of the parties. Holding that the employer had a legal obligation to provide reasonable notice and that this can only be displaced by an express contrary agreement, the court imposed a reasonable term of notification on HOJ; HOJ industries.

Terms can be implied by the court based on: 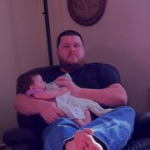